With a new proposed Data Policy, release of high profile datasets on topics like 311 and taxicabs, and Open Government Advisory Group, the D.C. Government looks interested in moving up the ranks of open data cities. This is good news for policymakers, businesses, and citizens. But with open data comes the duty to use it responsibly.

This doesn’t always happen. A recent example is an analysis of pedestrian safety that declared that the most dangerous neighborhoods for pedestrians are largely located in and around Capitol Hill, accounting for 21 percent of pedestrian traffic complains within the top 10 neighborhoods (see below).

Capitol Hill and surrounding neighborhoods in top 10 for reported neighborhood issues, according to Vision Zero data 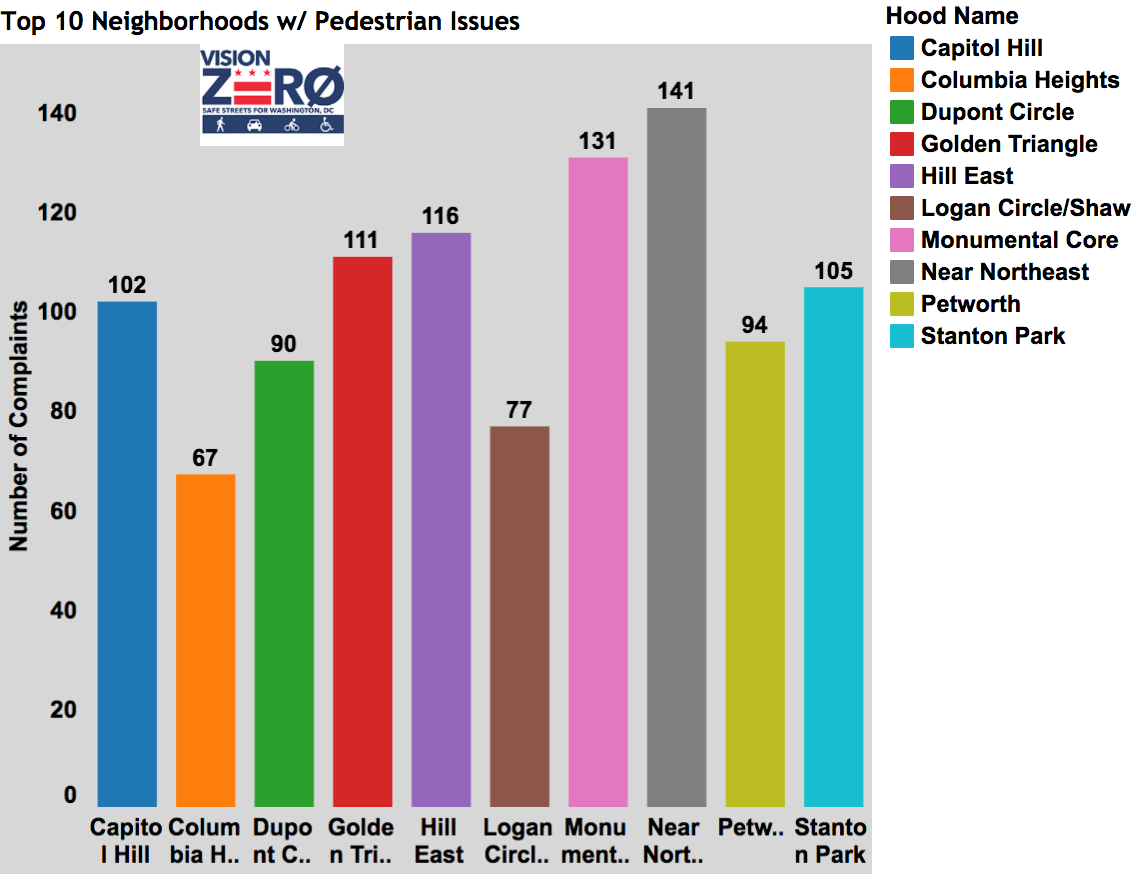 The findings were based on data from the city’s Vision Zero initiative to reach zero fatalities during transit by 2020. In July 2015, D.C. released an app and website as part of the initiative allowing citizens to report pedestrian, bike, or driving safety issues. The District took a great “open by default” approach, quickly making the data publicly available on opendata.dc.gov, and actively engaging the data community. 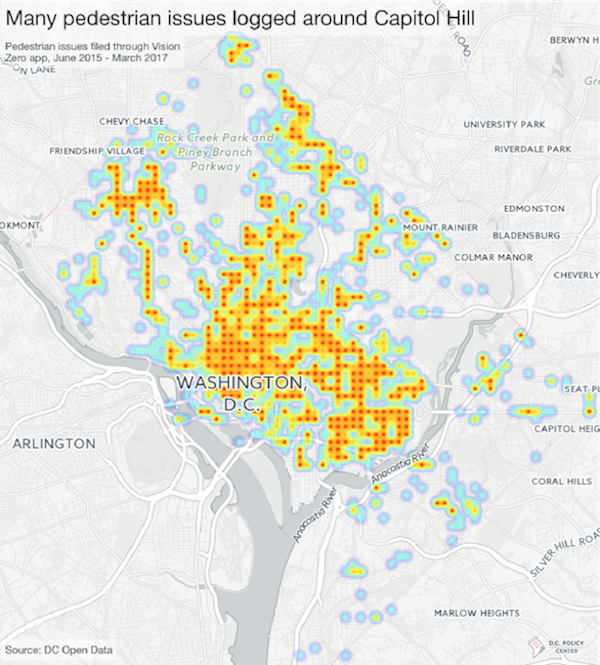 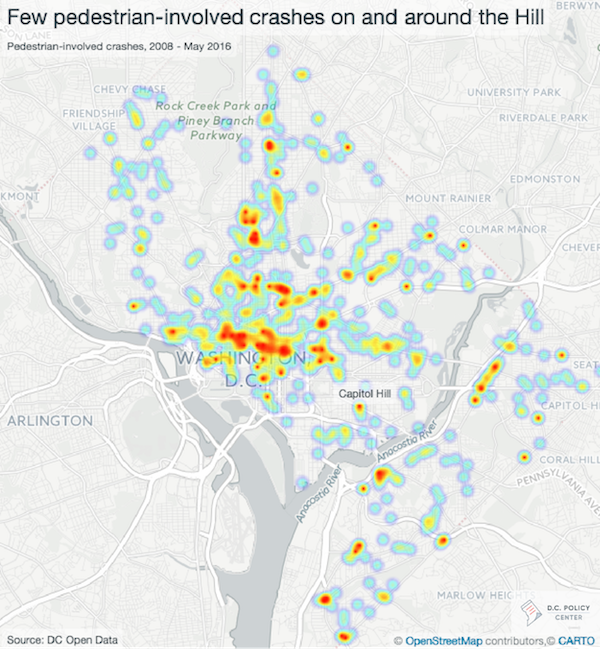 The difference in these two maps suggests that it is highly unlikely that the neighborhoods with the most pedestrian-related complaints are actually the most dangerous to pedestrians. What causes this discrepancy? A couple factors could be at play:

These drawbacks do not mean that self-reported data (like the Vision Zero data) is without value, but instead tells us that using the data without understanding its context can lead to false conclusions. The pedestrian safety analysis may be an extreme case, but many datasets hold similar issues to a varying degree: Crime data only has crimes that are reported, 311 complaints only capture issues raised by the people willing to complain, restaurant inspection failures happen only when restaurants are inspected, and so forth.

And this is by no means a D.C.-specific issue. Many other cities, such as New York, have a similar system for logging Vision Zero issues. San Francisco developed CycleTrack, an app now used in many cities, to allow citizens to add their biking data for use in transportation modeling. Boston’s StreetBump app to detect potholes was similarly dependent on smartphones.

In the case of the pedestrian safety data, then, what could the creators have done differently? At a minimum, the data should have been put into context with its limitations explained. A better analysis would have included additional data sources, like crash data, to provide a more balanced picture. A great analysis would have attempted to factor for pedestrian populations and considered the danger to pedestrians in neighborhoods where most residents have foregone walking. For its part, the District is using a number of different data sources to find and fix dangerous transit areas.

The increasing openness of city data is a great opportunity for citizens, researchers, journalists, and businesses, but the use of this data must come in tandem with an understanding of the inherent limitations of data. In a time of misinformation and “fake news,” the responsibility of creating responsible data analysis is one we all share. These discussions should be at the forefront of the data community. Individual users must consider the origin and context of data. Governments must do a better job of documenting and explaining their data. Only with all these parties working together can we realize the full opportunity of open data to better understand and improve our communities.


Technical notes: Vision Zero issue data and crash data were used. Both are available on DC's Open Data website. You can find complete code for this post on my github page.